Message on COVID-19 and Safe Packages

Message on COVID-19 and Safe Packages 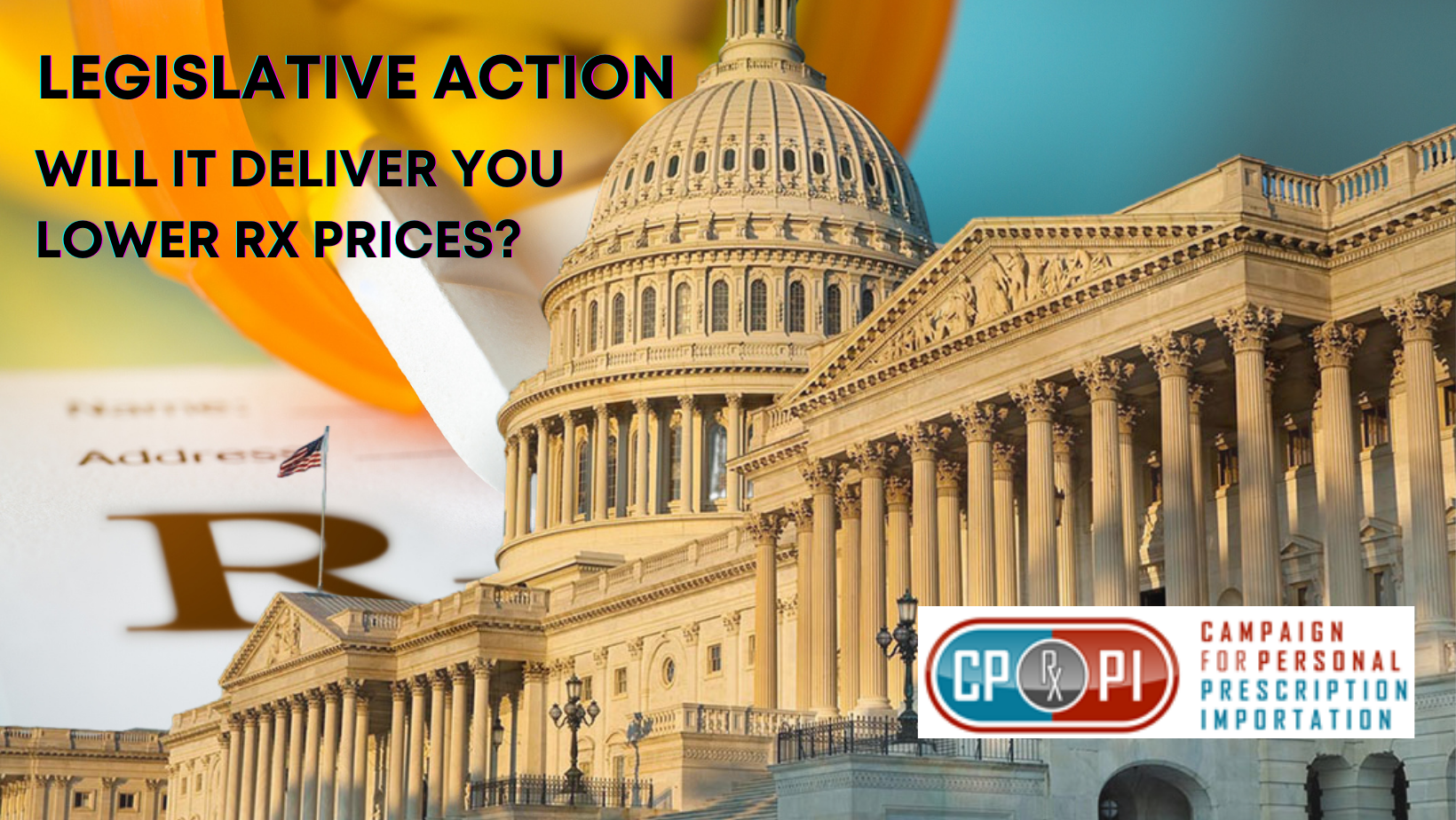 ‘Too little, too late’ is how the Campaign for Personal Prescription Importation describes the draft Medicare drug price negotiation legislation released last week. CPPI is urging elected leaders to take a more immediate solution for Americans to save on their prescriptions through personal prescription importation.

“While Medicare price negotiations are a noble undertaking, lives are currently at stake.  One in four Americans report difficulties affording their medications, and this legislation won’t go into effect for years,” says Jack Pfeiffer, Executive Director of the Campaign for Personal Prescription Importation. “Lives could be saved if Congress passes legislation to provide the immediate relief that personal prescription importation offers Americans.”

Senate legislation would allow the Food and Drug Administration to negotiate drug prices under Medicare Parts B and D. CPPI outlines shortcomings of the draft legislation:

Americans who personally import their prescription medications today report saving an average $3,744 dollars per year. It is estimated that over 5 million people have turned to importing medications because of cost. CPPI’s 109,000+ members alone are estimated to have saved over $408 million in 2021, and nearly $240 million so far this year. In 2017, the Congressional Budget Office estimated a allowing importation of prescription drugs, $7 billion in federal savings over 10 years (across all federal programs).

“Waiting four to seven years for price negotiations to kick in means that millions of people requiring daily medications will continue to need relief from the outrageous prices Big Pharma charges for its drugs. Millions more would never see their drug prices lowered as only 20 drugs would ever be negotiable under this legislation. Opening the door to personal importation today could save countless lives and offers immediate savings that other drug price legislation cannot deliver,” says Pfeiffer.

While millions of Americans already import their prescription drugs, codifying personal prescription importation through Congressional action would ensure Americans safe and affordable access to purchase legally manufactured prescription medications from licensed pharmacies in Canada and beyond.